You are the Placebo: Psychosomatic Blindness

Memories are a kind of record. They provide us with all kinds of information about a past experience. A positive experience can produce feelings of happiness or contentment while a negative one can cause anger or despair. This information feeds your future response.

Think of something that made you happy. Perhaps you have a vivid memory of a family vacation. The sights, sounds and smells are long gone but just thinking about them produced a new reality in your mind and body. Maybe you smiled or laughed as you thought about that trip. As a result, you’ll likely want to think about that vacation again and why wouldn’t you when it produced such positive results?

Your brain started firing those circuits created at the time of the event the moment you recalled the experience. That experience and memory are wired together and produce in you a feeling of joy. The opposite is also true. A negative experience triggers a set of emotional, chemical and physical responses that can have a very real impact on your life.

To understand this concept we’ll need to take a step back. In 1975 the Khmer Rouge took over power in Cambodia. During the next four years the group, led by Pol Pot, oversaw the deaths of more than 1.5 million Cambodians. Hundreds of thousands fled to the United States with a substantial number taking refuge in Long Beach, California.

The damage caused by the Khmer Rouge lasted long after the group was overthrown. Survivors were forced to live with the memories of what happened both to themselves and their loved ones.

This trauma showed up in unexpected ways. In the mid 1980’s Dr. Gretchen van Boemel, then with the Doheny Eye Institute in Los Angeles, started seeing patients with an unusually high number of vision problems. These patients were all women between the ages of 40-60 and were all Cambodian. 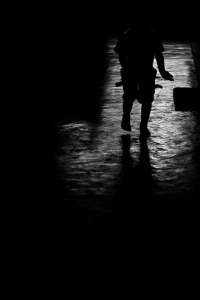 Various tests and scans were performed on the women. The results showed near perfect visual acuity even though most measured as legally blind when they tried to read an eye chart.

A deeper analysis showed that 90% of these women had lost family members and 70% witnessed a family member being brutally killed. In addition, many of the women were raped, beaten or subjected to starvation.

In interviews with these women, many said they spent their days at home reliving their nightmarish experience. Why were these women unable to heal and create a new life for themselves? Think of a skipping CD. The groove worn into the disc prevents the song from progressing. A traumatic experience operates much the same way. By remembering the same event over and over again, these women fired and wired the same circuits in the same ways, which altered their brain circuitry. They also reproduced the same chemical emotions that, over time, began to change their brains and their bodies. The event and the continual torment of those memories created physical changes in their biology, not in their eyes, but most likely in their brains.

This is an extreme case but it’s interesting because it shows the power of our past experiences. These women no longer wanted to see brutality so their mind and body responded by impairing their vision. It’s tragic because the only thing they saw clearly was the past violence which only reinforced their current reality.

I want you to think about your own life for a minute. Is there a past experience that caused the same or similar kind of reaction? There’s a way to change that and we’ll discuss how in my next blog post.